Your Guide to Irish Whiskey: The Water of Life

Inspired by my trip to Dublin, I think it’d be a good idea to properly educate myself on Irish whiskey. Because what else makes you feel more warm and fuzzy inside than whiskey?

First a little history to get us started.

The word whiskey comes from the Gaelic phrase “uisce betha” which means “water of life.” (It’s no wonder they used to drink so much of this stuff.) The Gaelic phrase is a translation of the Latin term “aqua vitae”, which was in fact commonly used to describe distilled spirits in the Middle Ages.

The production of Irish whiskey dates back centuries to an unknown period, but most historians seem to believe that missionary monks learned the distillation technique about 800-1000 years ago. The technique was then modified by the Irish to get a drinkable spirit, though quite unlike what we are used to calling whiskey today. The spirit produced in this era would have unlikely been aged, and was often flavored with aromatic herbs such as thyme or mint.

The start of licensed distillation began in the early 17th century as the King granted a license to Sir Thomas Philips, a landowner in Bushmills. In the 18th century, the demand for whiskey began to grow dramatically due to population growth and displacing the demand for imported spirits. Through a series of regulations and reforms over the 18th and 19th century the whiskey industry in Dublin peaked. By the early 20th century Irish whiskey was the leading spirit in Great Britain and Jameson was a top-selling whiskey in the United States.

However, today just four distilleries remain. The Easter Rising (Ireland’s proclamation of independence form Great Britain) took a toll a major toll on Irish whiskey production as England closed it markets to Irish whiskey. The American market was a glimmer of hope for some time, however just five days before the Irish Republic declared independence from Great Britain, America ratified the Eighteenth Amendment to the Constitution, causing whiskey sales to plummet as Prohibition took full effect. It seems that Irish distilleries are still catching up from a rocky past.

Next, a few vocabulary terms to help get you through the next few sections.

So how is whiskey made?

If you want to get technical, check out this piece written by The Whisky Advocate who knows a thousand times more than I do about whiskey distillation. But here’s the gist. 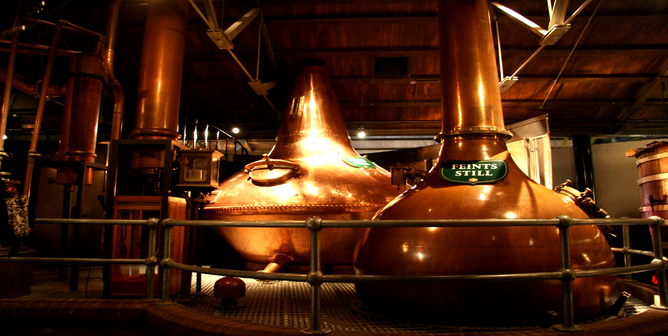 In order to be considered “Irish Whiskey” a spirit must conform to a strict set of regulations that date back to the 1800s as follows:

The spirits shall have been matured in wooden casks…

In short, the production and aging of the sprit must take place in Ireland or Nothern Ireland, and the cereal’s starches can be broken down by diastase, either with or without added enzymes. Whiskey connoisseur, Michael Dietsch, helps break down these regulations into something more palatable in his piece for Serious Eats.

What are the types of Irish Whiskey?

Rather than feel intimidated, after reading this post I hope you can make sense of that beautiful amber colored wall in behind the bar. 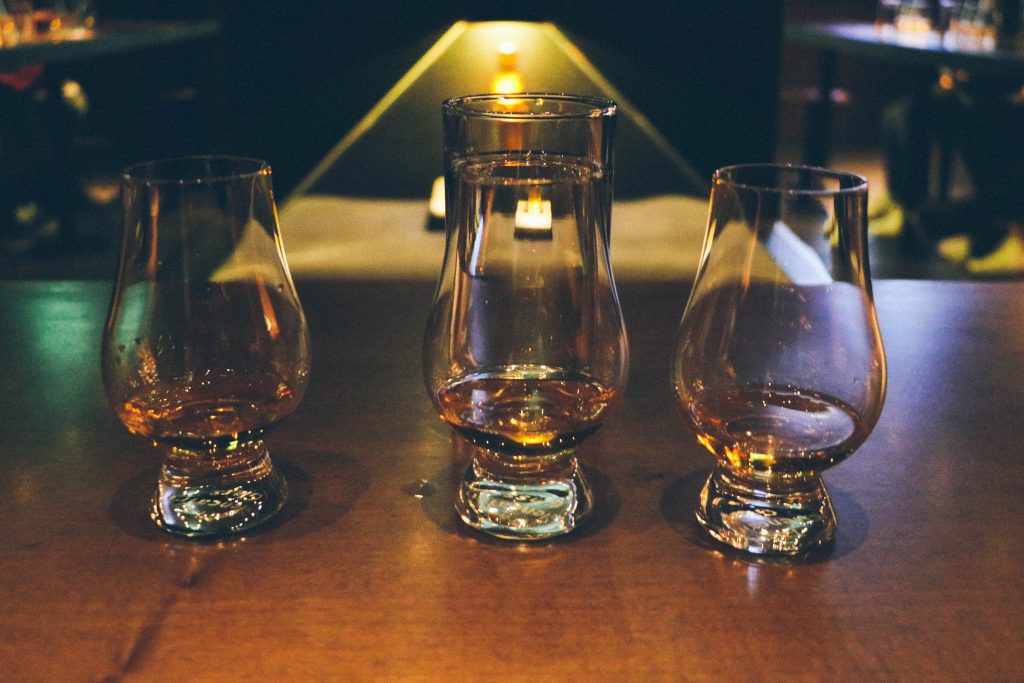 Finally, for the cozy part…Check out my piece on how to enjoy whiskey here.

Filed Under: The Pantry, Travels
Dublin, Ireland: Potatoes, Pints, and Pubs
Your Guide to Whiskey: The Cozy Part

2 thoughts on “Your Guide to Irish Whiskey: The Water of Life”