Makings of a Proper Sunday Roast 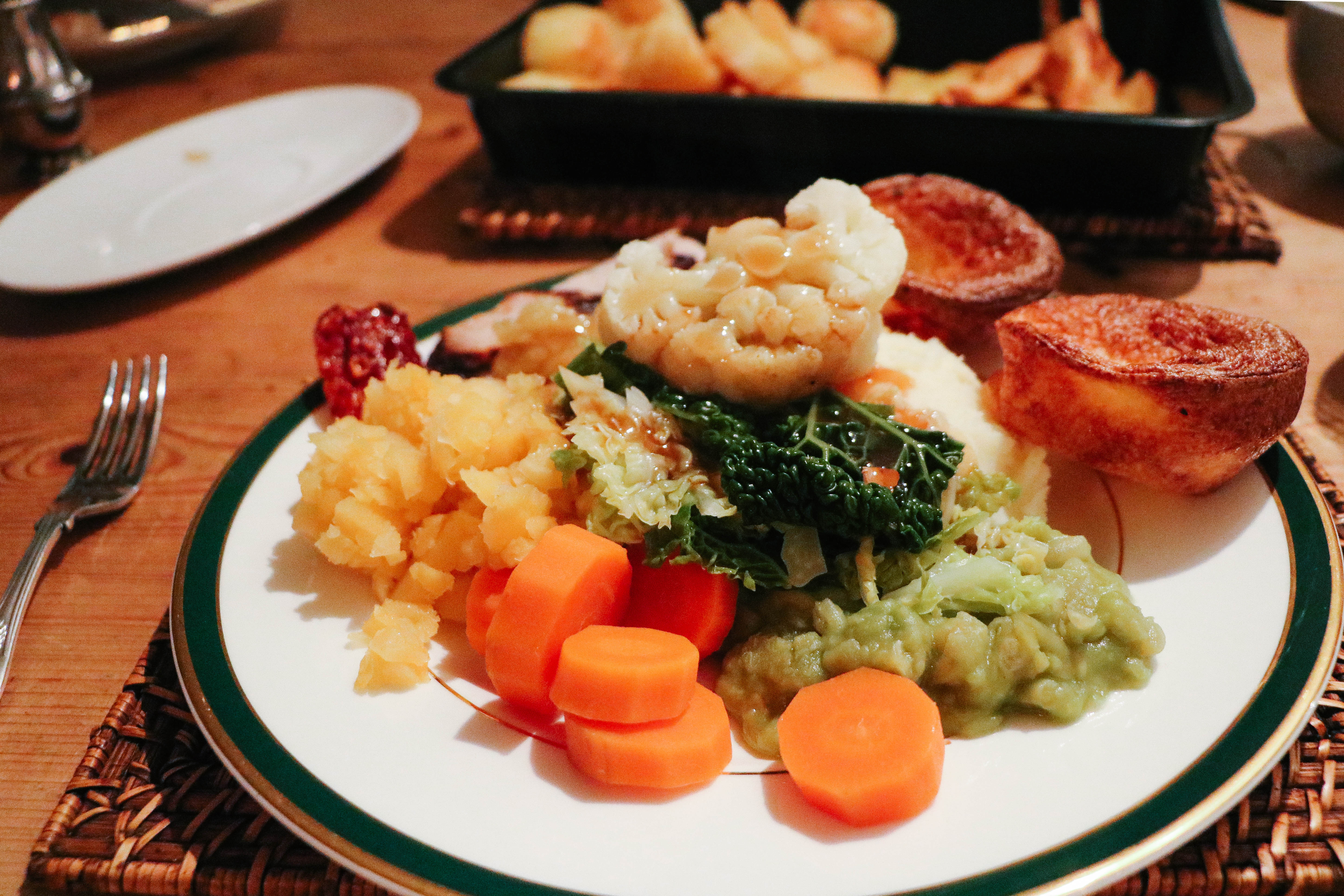 There’s something magical about the power of a meal to gather people, and there’s something sacred about the dinner table where some of life’s simplest yet stirring memories are made. In modern times, this regard for the family dinner seems to have gotten lost, first amongst the television and now to mobile devices and busy work schedules. But if we come back to our senses, and preserve traditional meals like the Sunday Roast, perhaps there’s still a chance for the once cherished lunch (or dinner) time production to comfort and nurture us once again.

The original Sunday Roast is said to have begun as a meal to be eaten after church on Sundays. Eating a large meal following church services is common to many European countries, but the Sunday Roast is particularly British.

It is widely believed that the British people’s love of beef began during the reign of King Henry the VII in 1485. The royal guard, known as the Yeomen Warders, would eat fresh roasted beef every Sunday after church. It is suggested that this became such a ritual that the guards became known as “beefeaters.”

During the Industrial Age of the United Kingdom, nearly every household would set a roast on before attending church on a Sunday, adding a religious and social importance to the meal. The nobles would hang the entire animal from a spit over a large fireplace and slowly roast it. But those who could not afford larger cuts of meat, or even a fireplace for that matter, would drop off a more modest cut of meat off at the local bakers en route to church. Conveniently the bakers had empty bread ovens that were cooling from the days bread, and were ideal for cooking the meat from the villagers. By the time church was over, the meat would be cooked and ready to hand back to their owners for lunch. And thus, the Sunday Roast was born.

Only beaten out by fish and chips (eaten by the seaside),  Sunday Roast is the most-loved comfort food in all of Britain. A Sunday dinner or lunch consists of many different dishes so minimalistic and simple it can reveal a good or bad cook in an instant. So we’re here to help you get your bearings around a traditional Sunday Roast.

If you’ve never had a Sunday Roast before and want to cook one yourself, here are the traditional dishes and some recipes you can prepare that will make your friends and family want to hang around the dinner table for hours. Although, I must admit, it tastes exponentially more homey when someone else is doing the cooking.

The main event of a Sunday Roast is traditionally beef, however in today’s modern times it can range from lamb, pork, or even chicken. Every family has their favorite, but here are a few tips from Chef Gordon Ramsay to make sure you can perfect your roast of choice.

The centrepiece of your roast dinner takes the most time to cook so don’t rush into purchasing the meat. Highlighted are the top cuts for the job, all available from the butcher’s counter.

Lamb: Roasting a leg of lamb is surprisingly simple and makes a really tender meat. Likely the easiest to prepare since there’s no need to marinate; simply season with herbs and garlic.

Beef: If you’re looking for affordable, topside of beef is the more reasonable Rolls Royce choice from the meat counter. Cook to medium and carve into thin slices.

Pork: Roast pork shoulder slow and low for a moist meaty centrepiece and crest with rosemary.

Chicken: You’ll want to use free range chickens if you decide to go with this lighter meat. Free range chickens have a much more intense flavor than cheaper birds and you can use any leftover meat to make a curry or casserole.

Remember to remove your meat from the fridge in the morning to come up to room temperature. This will make cooking much easier.

Roast Pork and Crackling (Drop it low, and keep it there, the science behind a paradoxical crunchy and moist crackling.)

Too much gravy and the plate is soiled, too little gravy and you’ll still be munching on your roast for days on end, but no matter the meat you plan to smother with this gravy, you’ll want to get this part just right, and here’s why…

“In Britain, gravy is just more than a condiment, it’s liquid comfort. A warm, meaty embrace of every mother…bringing the elements of a Sunday Roast together like a cup of  tea brings together a group of strangers.”

But no pressure, we’ve got you covered with this solid gravy recipe.

Yorkshire Pudding was originally served as an appetizer with gravy, and would stretch a meal in times when meat was expensive. The original name of the dish was “dripping pudding” named after the way they were cooked. Placed under the meat roasting on the spit, the puddings caught the valuable tasty juices dripping from the joint.

Some like their Yorkshires crispy, some like them slightly undercooked and soft in the middle. It’s comparable to asking if you’re a corners thief or middle snatcher kind of brownie eater…

No matter how you prefer it, just know that no roast is complete with out a glorious puffed-up pudding.

The Best Yorkshire Puddings Recipe (and the science behind the puff)

The potatoes can almost be considered as important to the Sunday Roast as the roast itself. You have a variety to choose from – roasties, mash, gratin, or Dauphinoise.

If you’re going for the classic roasties, you’ll best be serving them with a golden and crispy shell on the outside, with fluffy pillowy insides. To get the perfect golden brown crunchy casing around your potatoes, drippings or an animal fat is recommended for the richest flavor.

The Best Roast Potatoes Ever (no, we’re not kidding, it’s the BEST)

Sunday roasts can be served with a range of boiled, steamed and/or roasted vegetables. The vegetables served vary seasonally and regionally, but will usually include a large variety of root vegetables – carrots, parsnips, potatoes, turnips – and the essential vine vegetable, peas.

This is often where a chef can reveal the true culinary talents that lie within or lack there of – there is no place to hide among simply prepared veggies. Overcook your veggies and you get greyed-out mush, or undercook your veggies out of paranoia and you feel a little too close to nature as you take an all too crunchy bite.

A few guiding principles on the veg:

a) It should be bountiful, the Sunday Roast is known for serving a vegetable patch on your plate along side your meat. This means seasonal and bountiful.

b) There is no need to try to impress with your veggie sides. Think one green, and two others. One plain steamed, a few other roasted or sautéed, possibly creamed. A few garnishes and herbs are fine, but remember the veggies are embellishments, to the star of the show, the roast.

Here are a few recipes to help you and your guests feel safe and sound amongst their veggies during Sunday Roast.

Roast vegetable tray (and how to roast any vegetable)

Steamed Savoy Cabbage (and how to steam any vegetable)

Mushy Peas (don’t worry, it’s supposed to be that way)

2 thoughts on “Makings of a Proper Sunday Roast”