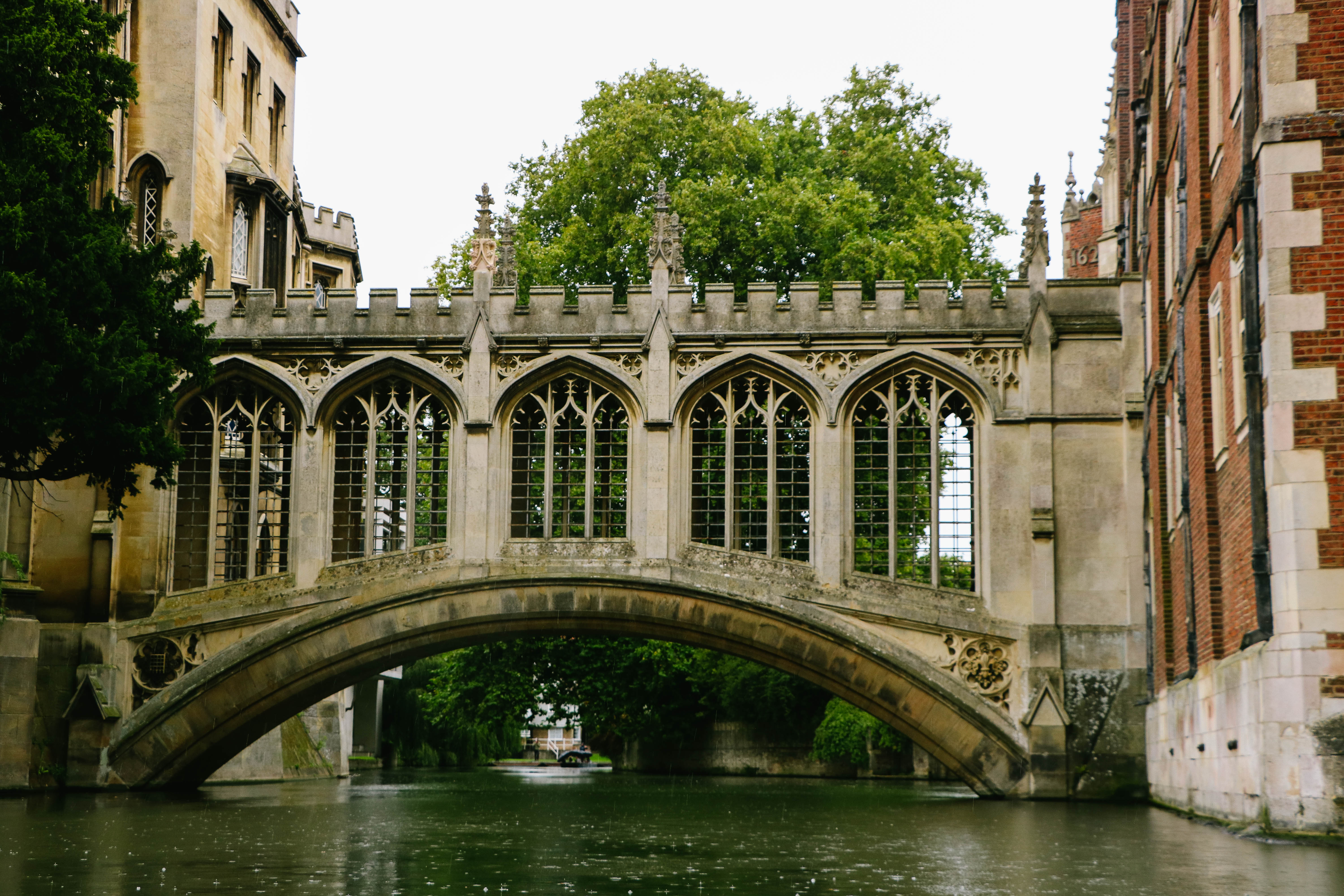 So here we are, my final stop in Cambridge, England. Alma mater to some of the world’s most brilliant minds who were bestowed with the gift of intellect. These are not your perfect SAT Score everyday genius’ – we’re talking Stephen Hawking smart, the guy who managed to help us measly non-scientists understand fundamental physics, our entire existence and alternate dimensions; or Charles Darwin smart, the genius who figured out that all species of life descended over time from a common ancestor; or Isaac Newton smart, the dude that laid down the laws of gravity like a boss.

Nonetheless, Cambridge is still a university. Like any other, perhaps even more so, Cambridge students and faculty religiously adhere to aristocratic collegiate traditions – from acceptance ceremonies, glamorous balls, posh black-tie formals, polo matches, to perhaps the most quintessential past time of university students – punting on the River Cam.

With just one full day in Cambridge, it I was set to go on the obligatory punt. And as touristy as it was, I’m glad I took the advice of my local host. A friendly old fella in a straw boating hat gently glided our boat along the college backs, while in a gentle English accent told us of the famous faces that graced the college corridors, the architects who designed the buildings (some more successfully than others), and stories of college pranksters who have made their mark in the secret university hall of fame.

Though it was a particularly dreary day in Cambridge, these punters are more than prepared to keep you dry and warm, with blankets and brollies for everyone. Rain or shine, one cannot see Cambridge with out going for a punt.

After the punt you certainly get the feel for the university – it’s a whole new college experience with a level of sophistication and status that just doesn’t quite exist in America. Including baffling elite rules and glamour that would make any American’s head spin and tilt in disastrous confusion. If you’re curious to know more about what life is like behind the facade, check out Caroline Calloway – an American Instagram personality known for posting hilarious and all-to-relatable autobiographical stories on her Instagram account about her life as an undergraduate student at the University of Cambridge.

Whilst the University remains the heart of this city, this leads local businesses into an interesting pickle. Most of the grounds in Cambridge are owned by the university making rent for retail spaces just as bad as trying to live in a reasonably sized apartment in San Francisco. With that, much of the city center is clustered with commercial brand restaurants and stores. The independents who do make it in this town are local underdogs all worth rooting for.

My Airbnb host Megan ran the pub with her brother at The Free Press, a traditional backstreet public house over a century old.

“A warm and cosy establishment with an open fire, snug and courtyard garden…”

Having lucked out by boarding with a fellow foodie, Megan offered a heck of a list of her favorite independents – I jut wish I had time to try them all. Megan recommended Bedouin, Urban Larder, Efes, 196, Varsity, Trinity, Cambridge Wine Merchants, Thirsty, Wandering Yak, Guerilla Kitchen, Steak and Honor – just to name a few.

My train from York arrived in Cambridge around lunch time, and by the time I arrived my stomach wasn’t very pleased with me. Opting for a heartier meal I headed to Aromi, a local spot Megan couldn’t stop raving about. Aromi sits in the heart of Cambridge just around the corner from the Grafton Center. The cozy cafe serves up a modern-day slice of Sicilian life. It’s “where warm hospitality meets authentic artisan delicacies.” – Aromi

While enjoying the mediterranean atmosphere, munch on mouthwatering moments of freshly baked focaccia and flat bread stuffed with a rainbow of roasted vegetables, salty cured meats, and authentic cheeses with names you read in your head with a Robert Di Niro voice.

You have been forewarned, this place values tradition just the same as the rest of Cambridge. Their food is meant to be eaten in the traditional Sicilian way with the best utensils we were gifted with –  your hands. There are wooden compostable forks and knives, but this won’t get you very far. 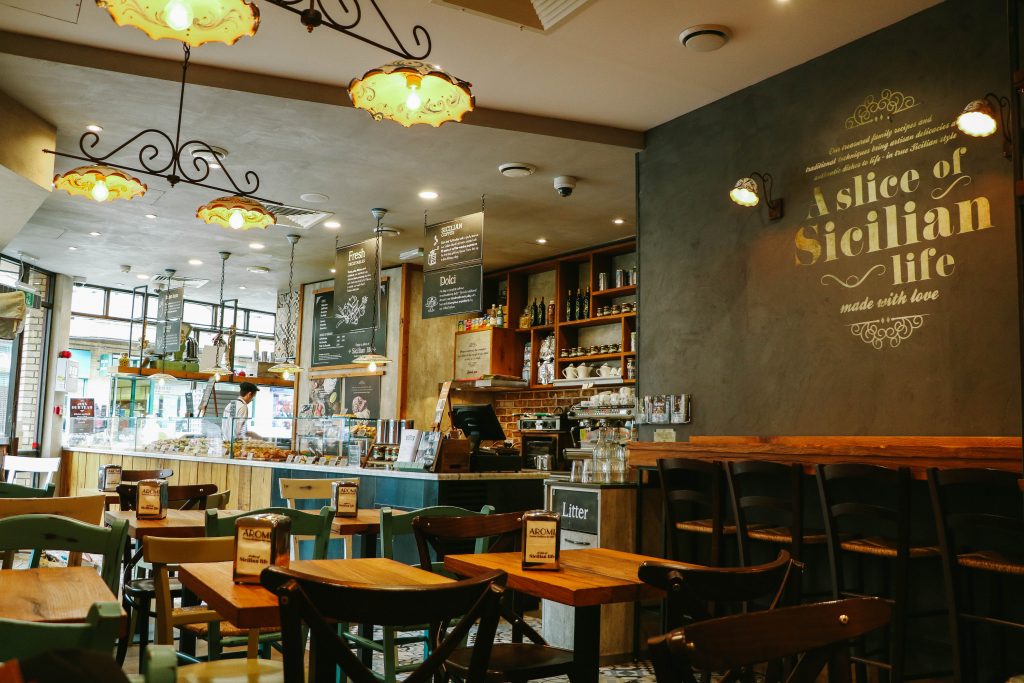 As you can see, I was clearly defeated by the flat bread at Aromi, but this didn’t stop me from going for more at my next stop. Judge if you want, but I’m going to eat more anyway. This next cafe was on the way to my punting tour and with less 24 hours to go, I had to fit in everything I could (in my belly).

Welcome to Fitzbillies. Founded in 1921 by Ernest and Arthur Mason, the brothers took their “demob” money from the First World War and started a little cake shop in Cambridge. The famous Chelsea Buns are the pride of the bakery, but they have since expanded from the humble beginnings of Ernest and Arthur. There is now a cafe/restaurant serving breakfast, brunch, lunch and afternoon tea in addition to the original cake shop in Trumpington St.

Oh but I don’t stop there – I took a brief stroll through the fronts of the colleges.  Set on saving my quid for nourishment, I didn’t enter any of the colleges as they charge a hefty admission fee to be able to wander the grounds of each college. On the way to my next stop I did manage to snap a few shots of King’s college, Gonville and Caius College, Trinity College and the Round Church. 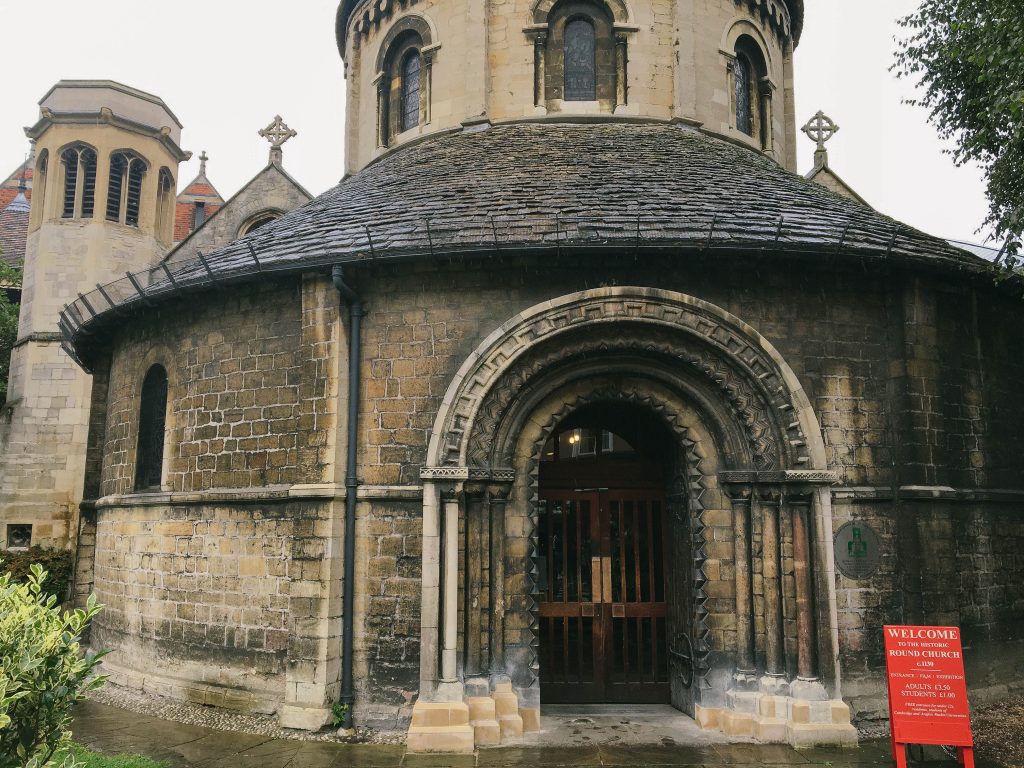 Next independent stop was for tea and cake at Afternoon Tease. So much of a tease that not even men with the manliest beards can stay a way from these cakes.

And the last independent of the day had to include a beer, because what is an evening in England with out a proper pint. I swear the pints are smaller in the states…Relatively speaking, compared to the rest of Cambridge, Pint Shop is younger than a baby faced teenage boy band, but they bring a breath of fresh air to a town where everything is at least a century old.

A perfect melody of a old inspirations with a new world atmosphere.

The original “Beer House” or “Tom and Jerry Shops” are considered the inspiration for Pint Shop. During this time, the poor couldn’t afford beer, the rich man’s drink of choice, so they drank gin and lots of it. In 1830, in an attempt to reduce incidents of public drunkenness, improve the health of the nation and encourage free trade the Beer Act was passed. this allowed anyone who paid a small fee to brew and sell beer in their own home – entrepreneurship at its finest.

So in early 2013, the founders of the pub “found an empty grade two listed office building in the center of Cambridge and fell in love with it.” Ten months later, they were pouring their very first beer in November of 2013.

At the bar you can find hearty English snacks – hot scotch eggs with runny yolk and mustard, corned beef slicing pie with chutney, or a selection of British cured meats – to match with house served beer from casks and kegs.

The pub area sits more like a restaurant, with a menu similar to the bar, but on steroids. Savory plates like deep fried squid and capers with saffron aioli, crispy chicken wings with a spic chili and ginger sauce, mushroom croquettes and stout mayonnaise, gin cured sea trout with butter milk pancakes and sweet corn relish, and anything from the charcoal split roast will have you in a ravishing food coma for a couple of hours.

And so there you have it, Cambridge is without a doubt at the top of its game, number one in the class, home to the creme de la creme. If you’re not convinced, some see it for yourself!

Filed Under: The Table, Travels
Tags: Afternoon Tease, Aromi, Cambridge, England, Pint Shop, Punting, The Backs
York: Come for the History, but what about the Food?
College Cozy: Cambridge Cafes To Get Your Creative Juices Flowing

1 thought on “Cambridge: Home of Intellects and Cozy Independents”