Saucy, Till the Burnt End 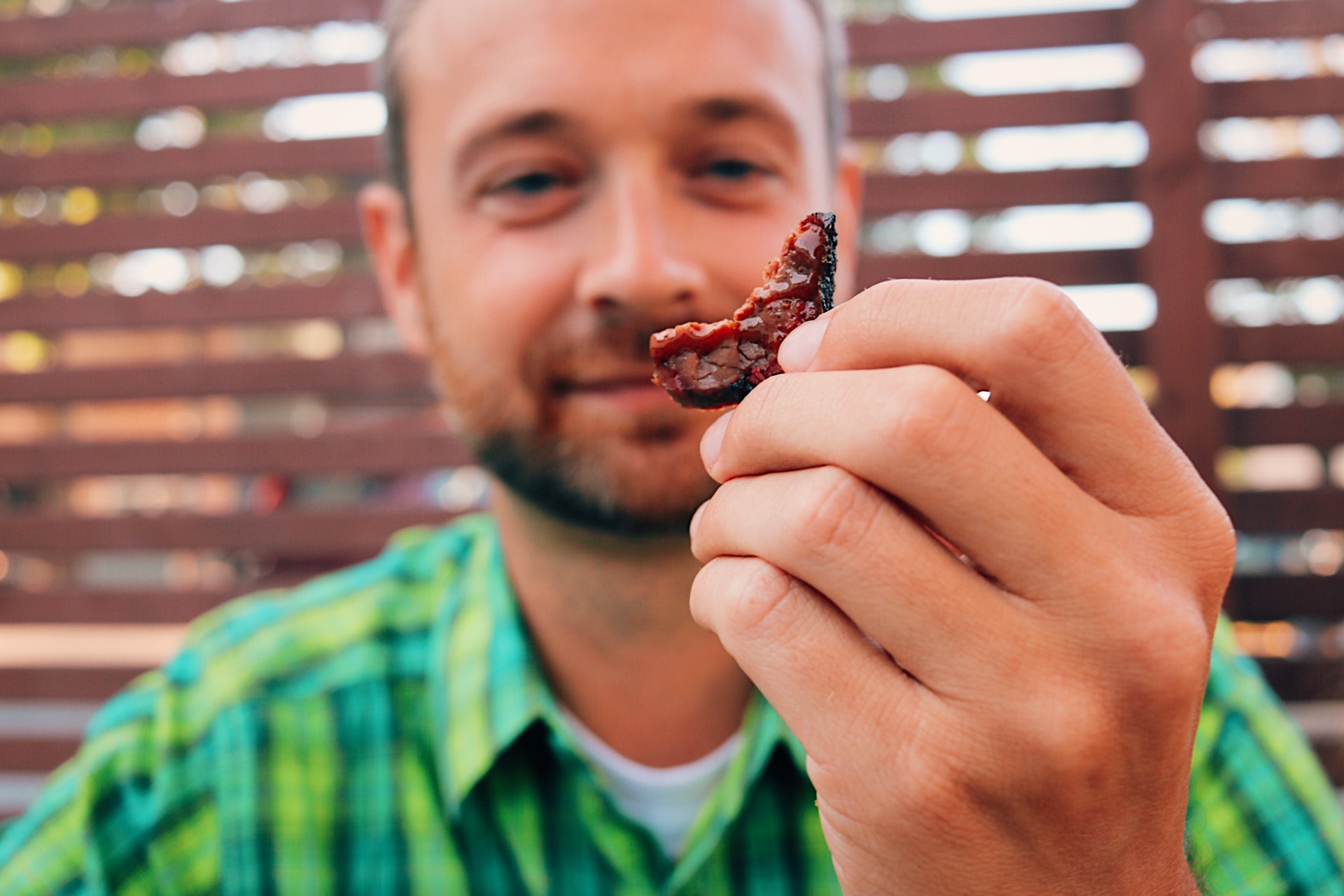 All my life I live in cities surrounded by water – the Pacific Ocean to be exact. And I’ve only traveled to countries and cities which I can still see water on the horizon. Yes, I admit, I’m less than familiar with what goes on in the land locked states of America, but luckily I have a friend who is more than familiar!

A few months ago, I had the pleasure of going through yoga training with Taylor O’Neal. Throughout our training, I learned Taylor is a human encyclopedia. You might not notice at first because of his extremely cool, quiet, calm, and collected demeanor, but if you get him talking, he pretty much knows everything about anything! Taylor is also always full of surprises, from adventurous stories of 24 hours in Dubai, (tiger) shark diving in Hawaii next to a floating whale carcass, and not to mention his endless collection of tech gadgets that somehow didn’t sink his yellow houseboat. So if there is one person I trust to educate me on what goes on in the midwest, it’s this Kansas City native.

Be prepared to be thoroughly entertained and educated my friends. This month, Taylor did us all a saucy favor by writing this witty piece about his number one comfort food, which is arguably America’s greatest gift to the gastronomic world!

I was born in Kansas City, Missouri… by a couple blocks and raised a baseballs’ throw from the border.  There’s a lot of history on that border, the underground railroad and Bleeding Kansas but today in that same space close to both the hospital I was born in and my family’s house sits one iteration of my favorite BBQ restaurants, Gates.  It’s top hat adorned strutting man as a logo and vibrant staff who yell at you upon open the door to the gates of this institution, “HI MAY I HELP YOU!!?” It’s been a part of casual nights out, ordering food for parties, weddings and even family funerals.  There’s more than one institution with that much history but that’s a novel in itself, though I’d be remiss not to mention another favorite, Joe’s (formerly Oklahoma Joe’s). The original location in Kansas City, Kansas was located within a convenience store with windows looking into the neighboring liquor store.  We’d go to the convenience store to purchase Frisbee Golf Discs for the course across the street in the park and get the best BBQ (and also best seasoned fries) around. It was later made even more famous by Anthony Bourdain on his list for 13 places to eat before you die:

Outside of KC, BBQ means different things to different people.  Some substitute the word for anything grilled on a BBQ grill, an absurdity if I’ve ever heard one.  The battle of words from Texas, Memphis to South Carolina to California all have their specialties whether brisket or tri-tip, dry rub, mustard-based or a smoky tomato taste.  I honestly appreciate it nearly all. However, in some cities to remain nameless, they do silly amateurish things, like hot sauce with so much cayenne in them that I can’t taste any BBQ, cutting off the fat on pulled pork!? (I guess based on 1950s dietary advice but definitely not on how to cook food that tastes good), bone dry brisket or just simply cooking it way too fast with no thought as to how to keep it tender or smoky (if you’re using a PolyScience smoker and SousVide, that’s an entirely different convo).

I look at it more like a food pyramid and I simply choose to fill the base with Kansas City ribs or ‘burnt ends’ slathered in a slightly smoky, slightly sweet, slightly spicy balanced tomato based sauce.

I left Kansas for a tour of the Midwest for university and grad school and to start my career from Ohio though Indiana and Chicago then Canada.  None of those places particularly fit the BBQ capitals of North America (no offense to my lovely friends located therein). Meanwhile in student housing and strict apartments with anti-charcoal grill (No Webers!) policies real BBQ can’t happen.

Alas, dipping some Chicken nuggets in some FedEx’ed sauce is a hint of the magic but not enough to satisfy that inner child’s BBQ sauce covered face.

Recently Kansas City staples like Jack’s Stack have caught on to shipping dry iced filled containers with the good stuff, but I digress.

True aficionados know that smoked BBQ, low and slow is the only authentic way to cook the best smoked ribs, carefully watched over, temperature tended to (though understanding the stall point).  So usually, though I love cooking, I rely on the scions of professional BBQ to do the majority of the work and I remain a patron and not a participant.

However, given my choice to explore the world and move where options can be limited for taste of home, I needed a hack and another state would provide.

After touring the Jim Beam factory in Kentucky, I noticed a foil bag lined with wood chips for cooking in the oven.  I had imbibed a bit of bourbon in large snifter glasses, rocking in their large chairs for a bit and my purchasing inhibition had been removed.  So I purchased said bag.

Now, at risk of losing my Kansas City citizenship and getting my birth certificate revoked, let me remind you, this is an emergency measure, one intended for those with no other resort, or maybe who are just too damn lazy to properly smoke some ribs.

Disclaimers aside, this will get you passable ribs in an hour and 15 minutes plus like 10 minutes prep.  I wouldn’t enter it in to the American Royal BBQ contest but it instantly transports me to just right of the geographical center point of the U.S.A. wherever I am.  Sharing the sauce with skeptical friends in new cities and bonding over their surprised enjoyment is one of my favorite things to connect over.

Optional: Half onion. Half orange, Some cloves of garlic. For a little moisture and flavor

Double roll up to seal tightly (this will ballon up)

Arrange racks so there’s room for ballooning of the bag

Add half cup of sauce and cook additional 5 min