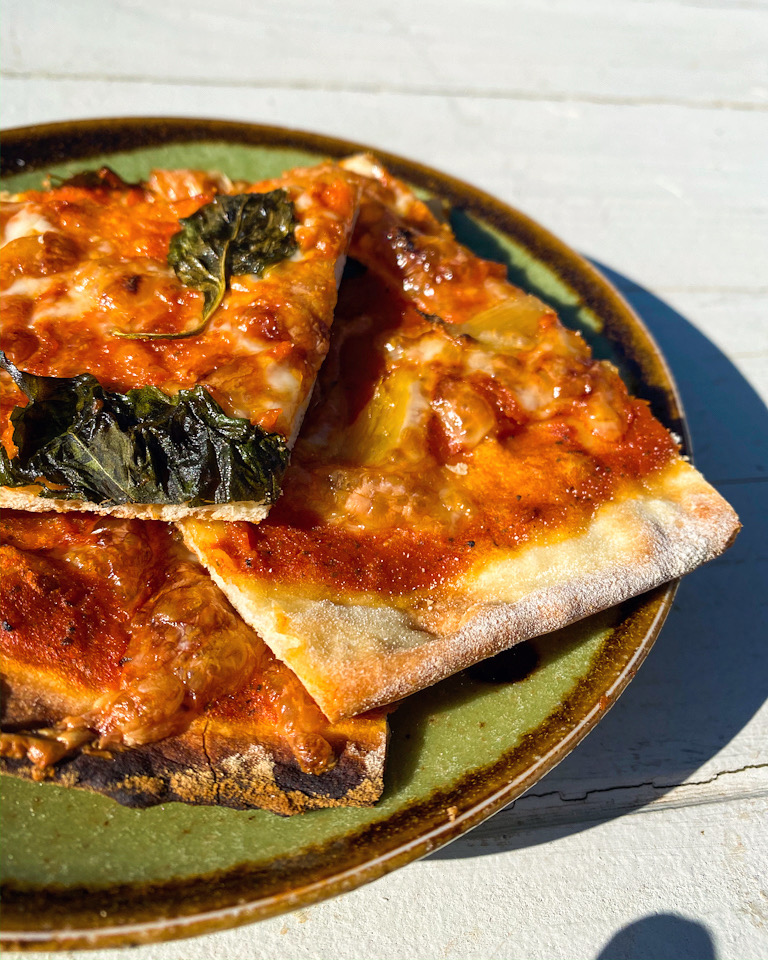 Thank you all for sharing your scary, intimidating, I-love-to-eat-it-but-hate-to-cook foods. It’s nice to know I’m not alone in this department. I avoided making dishes involving rolling out dough because I was simply raised to think, “it’s just too much work.” But what is “too much work”? It’s a mindset that is all it really is.

We all love to eat certain foods even though we don’t like to make them, no? But why? Often, it’s not the dish itself that scares us, it’s the unknown space of how to make it which we are hesitant to explore.

Since hosting virtual cooking classes at @thetabletravels, I’ve watched dozens of hands roll out their own pizza dough, stuff ravioli, and shape gnudi balls all by hand and have loads of fun doing it! The chefs are there, like mama in the kitchen, guiding you through every step of the way.

Hosting these classes has re-solidified, for me, the value of having a teacher in the kitchen. No, not a YouTube tutorial, but an ACTUAL HUMAN BEING to answer your questions, course correct, and teach you technique and gastronomic instinct.

But just watching live, seeing how easy these dough-involved recipes are, has given me the courage to be curious new ways. I’m attempting to conquer my attitude of “rolling dough by hand is too much work” because (trust me, four different pasta dishes later) it’s really not…

When I never thought I’d be the kind of person to make pizza dough by hand – here we are, a “perfect” pizza from class with Marika and Zia from the Amalfi Coast!

So in the name of curiosity, one day, let the baker get her grill on, the BBQ man befriends his convection oven, let there be a few ‘effed up artichokes (because the let’s be honest, we’re gonna go get them from our favorite restaurant later), let us have faith in our instant yeast, let us be patient, and let us make something we’ve never tasted before!

Filed Under: Miscellaneous
Conquering my fear of baking…
Today, no measurements allowed…