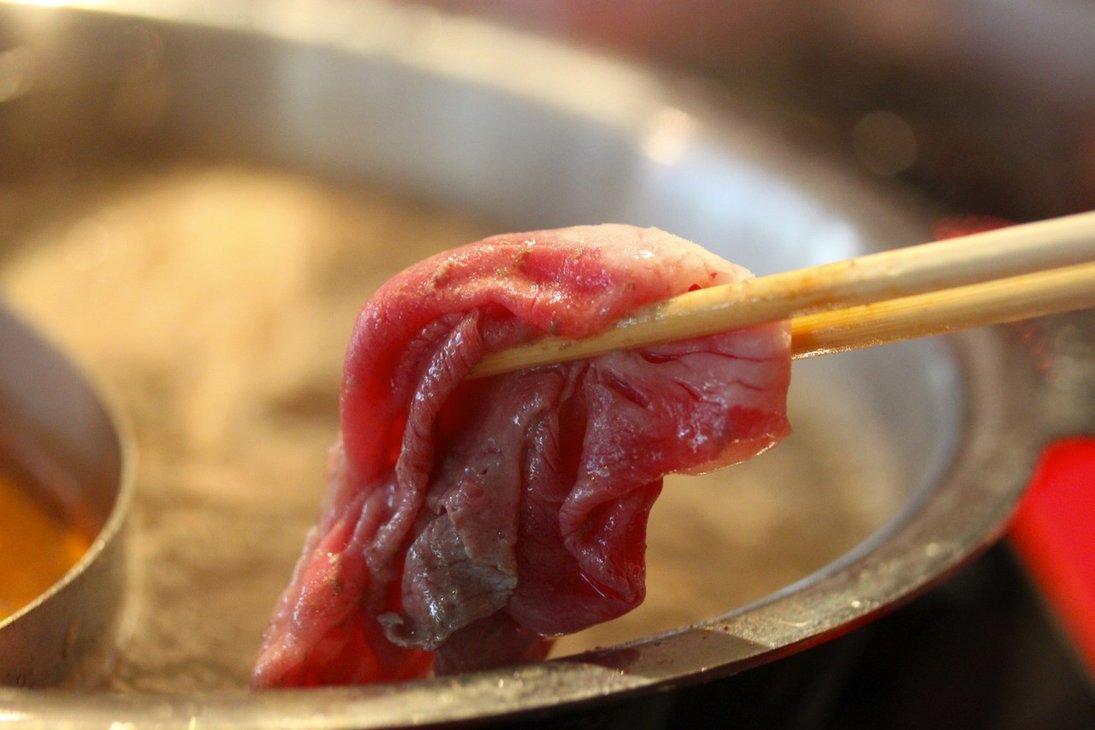 So, I think having scrape the frost off my car every morning for the past week calls for a seriously rewarding, piping hot dinner like shabu shabu…

Don’t know it? The word shabu shabu is a Japanese onomatopoeia meaning “swish swish” describing the light swishing sound of the meat being cooked in a simmering broth. Shabu shabu is a hot pot dish from Japan consisting of thinly sliced meat and an assortment of vegetables cooked in a steaming pot of broth. Though versions of shabu shabu have existed for centuries around the world since the invention of earthen pots, the dish is said to have first originated around the mid-20th century in a restaurant in Osaka. What makes shabu shabu different than other hot pot dishes is that one doesn’t just pack the pot with all the meat and veggies placed on the table. Rather, each piece of meat or vegetable is cooked bite-by-bite over the course of the meal.

Some might think it too much work just to get a bit of food in your belly…but during those icy winter months, I sure could use some extra warm and cozy time huddled around a steaming pot of broth with friends.

For those of you who have never eaten shabu shabu before, you could be overwhelmed when presented with all the different ingredients and dipping sauces. You might wonder, “What do I cook first?”, “For how long?”, “Which sauce do I use?”, and “What in the world is this vegetable?”. Everyone does hot pot differently, but here’s how to eat shabu shabu which keeps it distinct from its fellow hot pot look-a-likes.

The traditional broth for shabu shabu is a simple dashi  (Japanese broth) using kombu (seaweed), the additional flavor will be added as the meat is cooked in the broth. However, modern shabu shabu are starting to incorporate a split broth pot, similar to what you would find in Taiwanese hot pot – one broth is the traditional style, while the other can be a spicy broth, tomato dashi, or soy broth.

The meat for shabu shabu is typically beef or pork. But no matter your choice of meat, it is always thinly sliced. Thinly sliced meat cooks extremely quickly in the boiling broth – this what makes it possible cook your food bite-by-bite. The cuts of beef could be sirloin, rib eye, etc. however, the key to choosing your meat is whether it’s marbled well with fat. Because the meat is sliced so thin, you’ll want some fat well distributed to for tenderness and flavor. Nowadays, restaurants are starting to incorporate other meats like chicken, seafood, and even lamb.

Again, the selection of vegetables can vary widely but you will typically find an assortment of napa cabbage, onion, negi (Japanese leek), carrots, and Japanese mushrooms such as shiitake, enoki, and shimeji. 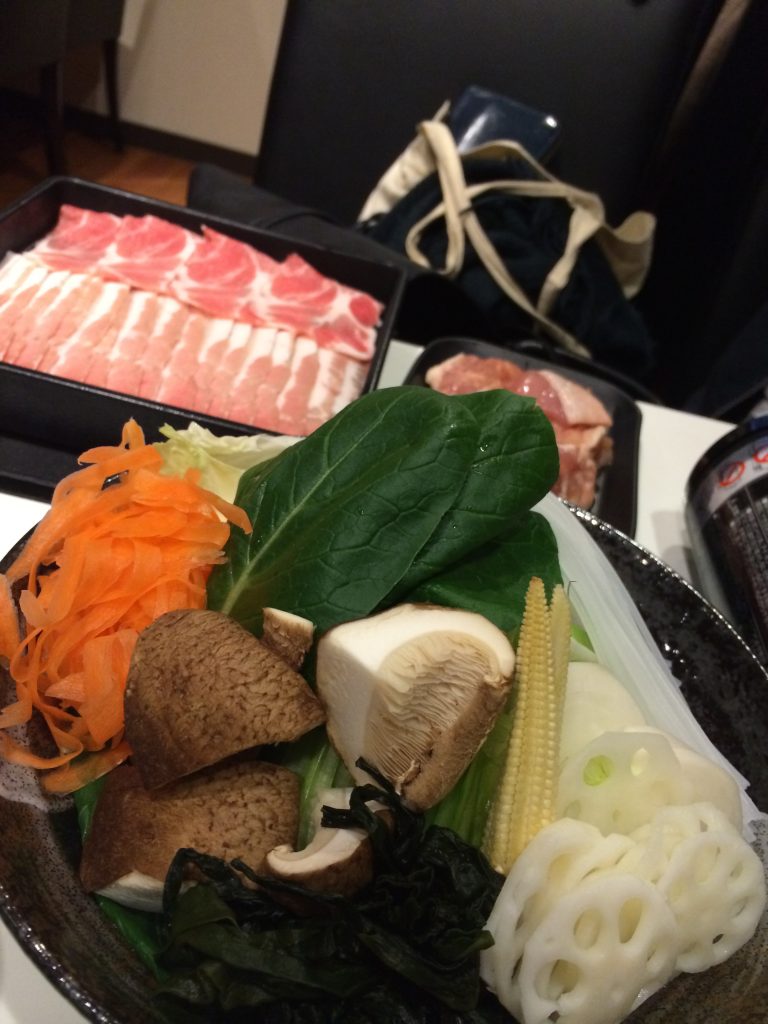 Turn up the heat. If you’re eating shabu shabu at a restaurant, you’ll be given a pot of broth but it’s not quite ready to use. Turn up the heat on your burner and wait for the broth to boil. Once boiling, reduce the heat to a simmer for cooking during your meal.

Meat first, then veggies. Hold a single piece of meat one by one with your chopsticks and swim it through the broth for a few seconds. In the case of beef you can let your meat remain very slightly pink. In the case of pork or chicken you’ll want to keep it cooking in the hot broth for a little longer than the beef. This is where it is tempting to dunk a lump of meat into the broth so you can it it all at once, but if the meat sits in the broth for too long it will over cook and become tough. Also, don’t let go of your meat when you cook it, it could get lost at the bottom of the pot or picked up by a buddy of yours who scored an extra slice.

Dip and dunk. Once your meat is cooked, enjoy dipping it in the difference ponzu and sesame sauces. Generally ponzu is used to vegetables and sesame for meat, but this is is more of a guideline. Feel free to mix, match, and dunk away! You can enjoy your meat simply with the sauces, or enjoy it with your steamy bowl of perfectly soft white rice.

Repeat. Once you’ve enjoyed your meat, time for the vegetables. Add the veggies that take a bit longer to cook first, like carrots and cabbage. Enjoy dipping the veggies in your sauces similar to your meat.

Shabu shabu is said to be “meat ahead, vegetables after” for a specific reason. It is believed that the dashi contains amino acids from the umami component which are extracted when combined with inosinic acid contained in the meat in hot water, causing the taste of the broth becomes stronger and the vegetables will be more delicious. – Don Tei Basically, fancy talk for meat makes the broth even tastier.

Shime, the closer. In Japanese, the word shime refers to “the end”. In naberyori (hot pot cooking) the shime refers to the addition of a carbohydrate like rice or noodles to the leftover broth because it would be a shame to let the most flavorful broth go to waste. In the case of shabu shabu, typically udon noodles are provided as the closer. The ultimate topper is stirring in a raw egg and letting it cook in the broth with the noodles or rice. Yuuuum…

Now if you’re bummed out about not having a shabu shabu restaurant in your town, you’re in luck because this meal can be enjoyed at home. Just pick up a few essential tools for your home and you’re ready to get swishing with some friends!

Filed Under: The Rituals
Tags: hot pot, How to Cozy, Japanese, shabu shabu
In the Spirit of Keeping Things British: A Closer Look at British Tea Times
The Most Important Bite of the Year