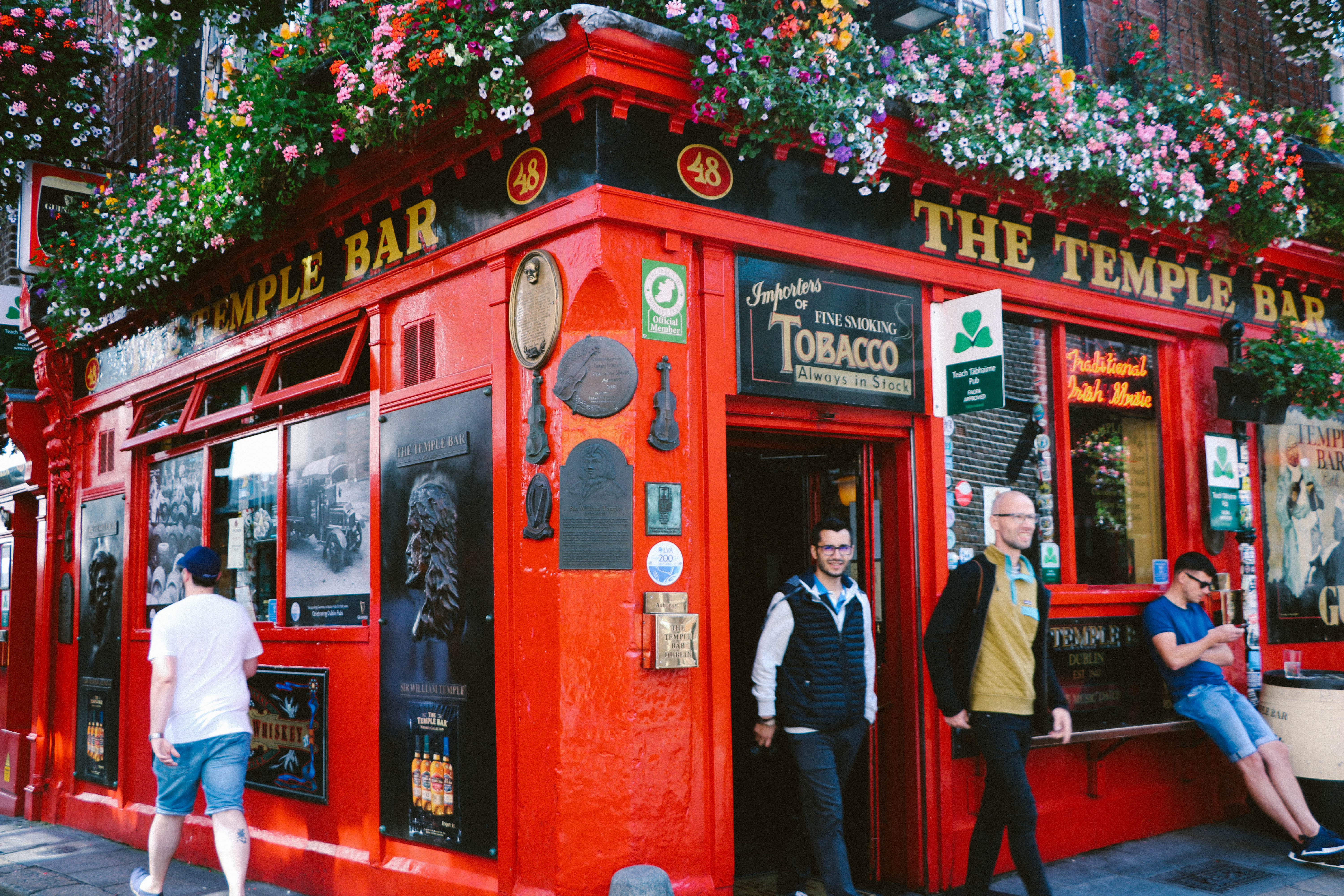 Cozy is back at it! Having returned from a journey through Europe, my mind has yet to settle and process everything I experienced. Desperate to be back on vacation, my attempts to replicate it are feeble and ineffective but I’m doing it anyway. My drink of choice tonight as I write is a reminiscent cup of tea and milk likely to transform into a gin and tonic as the night goes on. But I digress…I’ll stop talking and get to the yummy stuff! !

From the Evergreen State to the Emerald Isle. To be quite honest, I didn’t know what to expect in Ireland; especially of the food. My little knowledge of the country before traveling there, was limited to Guinness, potatoes, pubs, and leprechauns. Of which, I found three of four things while there…

The very first city on my extravaganza was in Dublin to visit my long time friend and college roommate, Natsuki. Having lived in Dublin for a couple years now, she was the perfect guide to show me everyday life around the city. Starting with a hearty breakfast on a oddly silent Saturday morning at 10am. Peculiar for an American city perhaps, but in Dublin this ghost town effect into the late morning isn’t a strange phenomena. Apparently, the drinking culture in Ireland is no myth. The city’s hundreds of pubs were rowdy and buzzing just 8 hours ago, and now everyone is slumbering (or blacked out) from what I would assume was a fantastic Friday night. Thus, leaving the streets empty for us to roam freely and enjoy the sights.

Breakfast was a Hatch & Sons. Much like my previous post on Irish Comfort Food, my first meal in Dublin consisted of an Irish breakfast (sausage, bacon, and eggs) in a cast iron skillet, accompanied by Irish soda bread and a strong flat white. Hatch & Sons turned out to be the first of many restaurants which I constantly swooned at. Its atmosphere and food were unequivocally homey.

Timeworn tables and furnishings, simple place settings, and the foundations of the restaurant harbored a sense of character achieved only with time and age. It was like finding a little country home in the middle of the city. 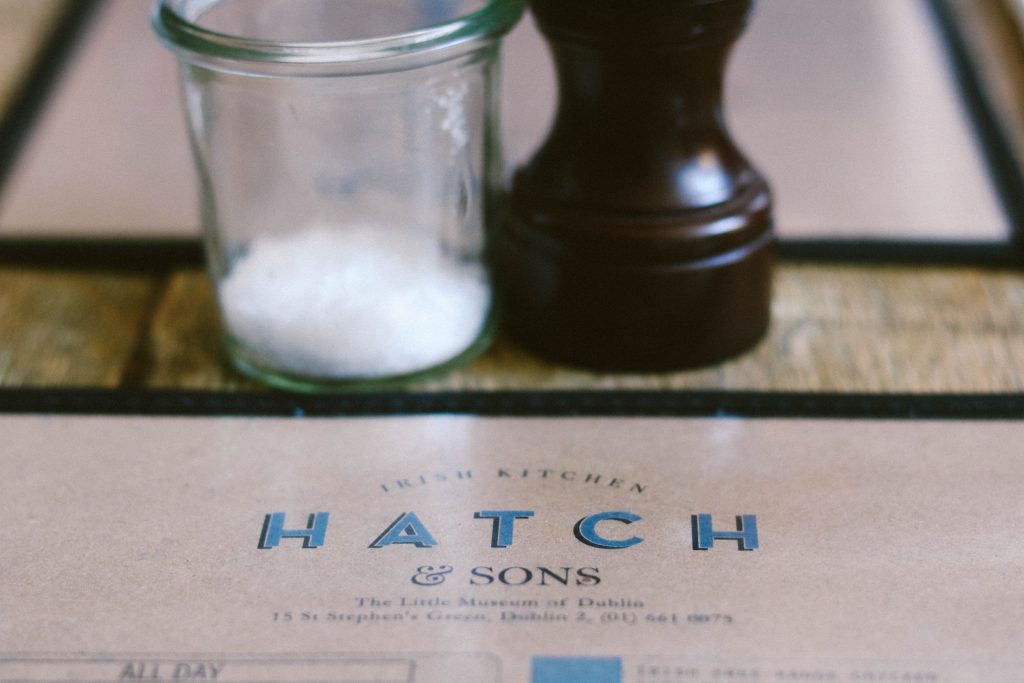 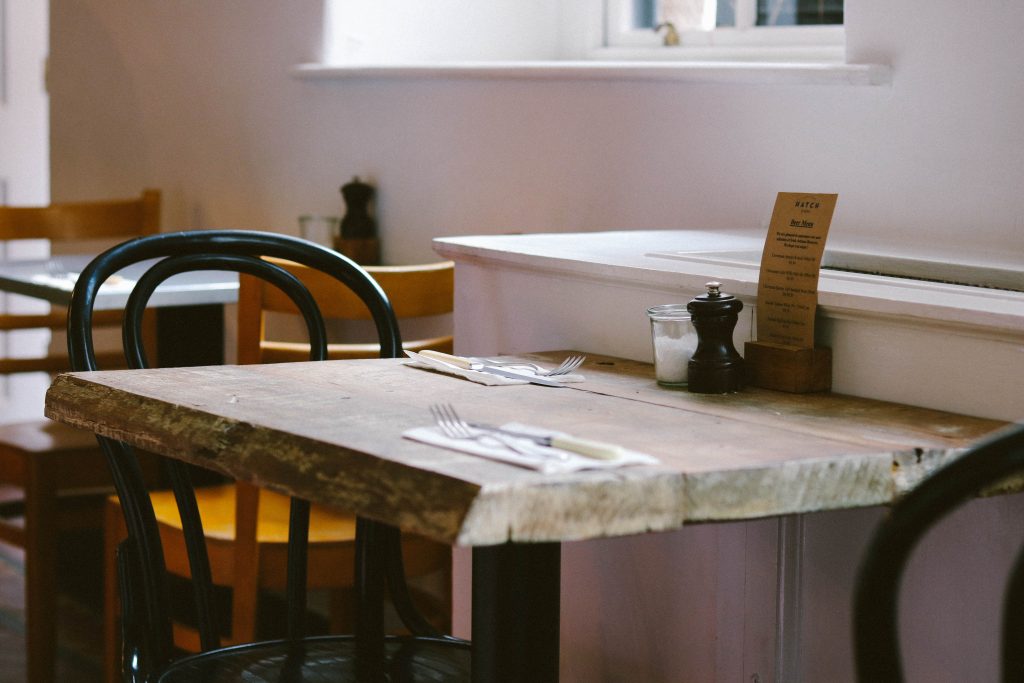 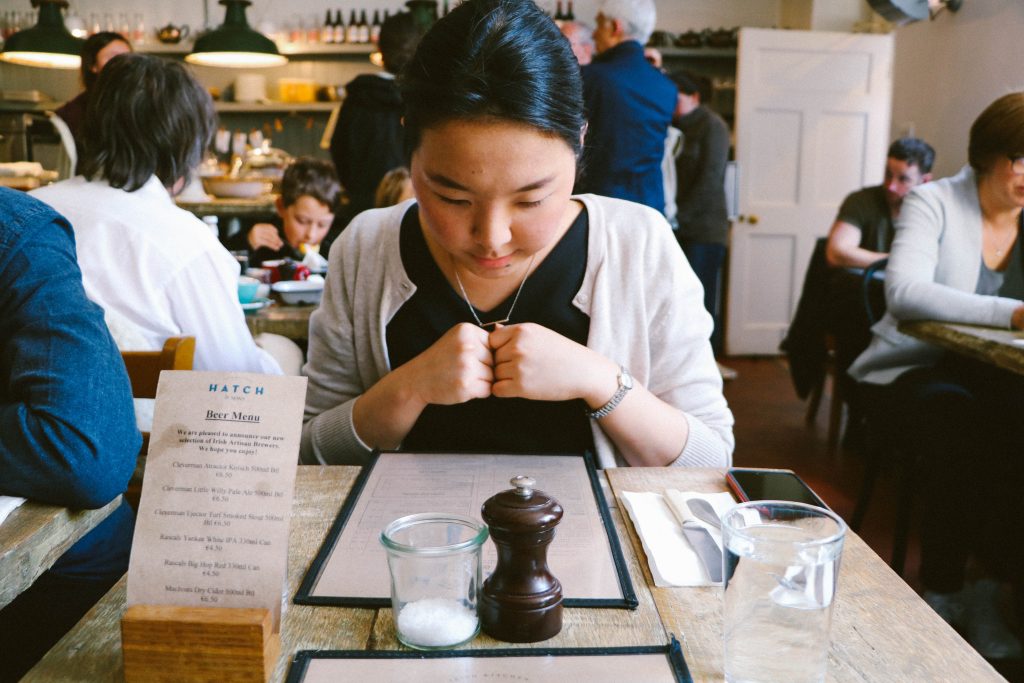 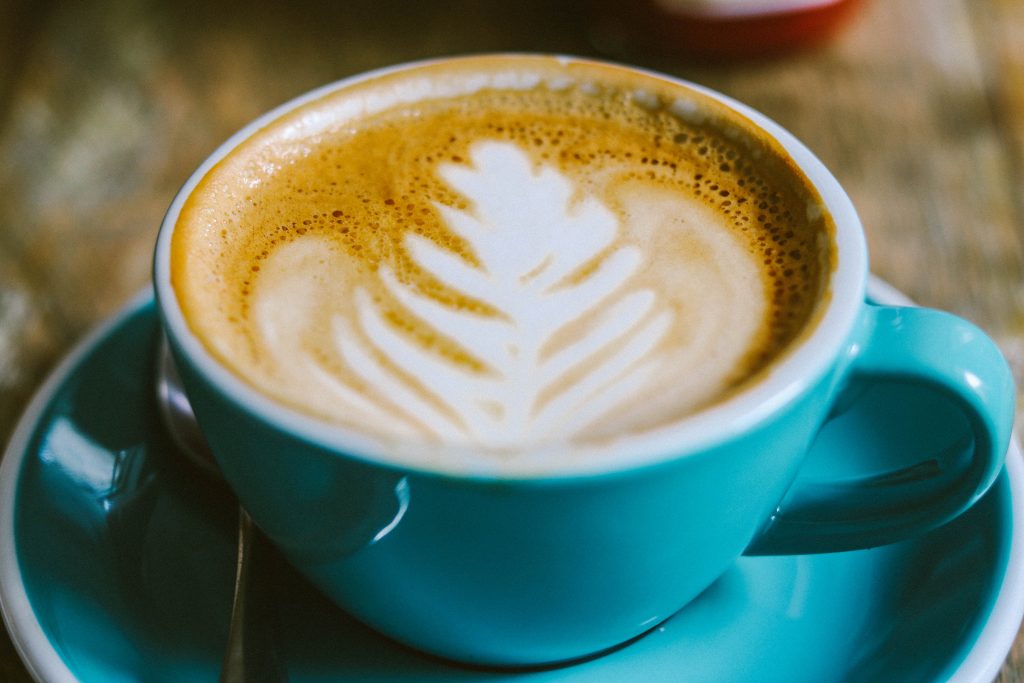 Though delicious, my stomach was not used to a breakfast this heavy laden with protein. Good thing there was a ton to see by walking around the city. Perhaps out of  a touristy obligation, we sauntered down the famous Grafton Street and Temple Bar area to check out all the shops and pubs. Also making it a point to stop by a mini food market with stands selling food ranging from meat and cheeses, to baked goods such as chocolate Guinness cake, to apple cider (which you could spike with a little whiskey for an extra 2 euro). Regrettably we were too full to try anything at the market. Thank goodness for samples!

Trinity college and Dublin Castle followed for a bit of historical sights. Founded in 1592, Trinity College is the sole college of the University of Dublin, a research university. The college was modeled after Oxford and Cambridge but unlike the English universities it was modeled after, only one college was ever established. Synonymous with each other, University of Dublin and Trinity College are one of the seven ancient universities of Britain and Ireland, as well as Irelands oldest university.

And what university is complete without silly traditions and superstitions? It is said that students will not walk under the clocktower photographed below because should the bell chime while under it, that student will have a bad semester. No longer a student and no grades to worry about, I stood under the clocktower to admire the inside. Head’s up, that’s about as far as my rebelliousness goes..

Oh, and look! It just so happened that a famous cafe sat just around the corner from Dublin Castle – Queen of Tarts. If you have a sweet tooth you may want to brace yourself. This cake shop serves up desserts more luscious and tempting than the exterior suggests.

Two sisters, Regina and Yvonne Fallon, trained as pastry chefs in New York City in the 1990’s and returned to Ireland to open their own cafe in 1998.

“They new what they wanted: to create a homely welcoming space which offered the best breakfast and weekend brunch in Dublin, the tastiest lunches – and the finest cakes, scones and brownies in the business. Not to mention of course, the most sublime savoury and sweet tarts too!”

The endless desserts and cakes on the counter have never made me feel so weak and indecisive. After much deliberation Natsuki and I decided to indulge in a slice of Bailey’s cheesecake with chocolate chips and a chocolate pear and almond tart. I can feel the sugary withdrawals setting in just writing about these delectable morsels!

I’m not sure if it was the tea room decor or sweets floating all around us that made it great spot for a girls day out, but it was the perfect time for some dainty chit chat and catch up about a rather romantic milestone for a special somebody.

I think I’ll leave you here for now to enjoy the tarts and homey atmosphere as much as we did.

So far, so cozy Dublin…